Educators in the United States face not one but two skill gaps – the gap in skills high school seniors have when they start college and the second, when college graduates begin their first job and are not prepared to do the job they were hired for. This week I bookmarked [using Pearltrees] articles that provide a fresh perspective on these problems along with potential solutions. And just how big are these gaps? Difficult to pinpoint, but it’s not closing, it’s widening, furthermore the United States ranks far below other developed nations in academic performance on high-school science, math and reading assessments. But there is hope. I conclude by sharing reports of four innovative approaches to education reform that have great potential to address the void.

The First Gap: High School to College
SAT® Report: Only 43 Percent of 2012 College-Bound Seniors Are College Ready. The College Board. Though SAT scores fell for the second year in a row, the number of students taking the exam increased [some good news]. The latter fact may be a sign that more students may be interested in pursuing education beyond high school. However, the chances that these students won’t be prepared if and when they do get to college, is likely. On the writing skills portion of the test for example, students scored the lowest of any year since the writing section was introduced to the SAT in 2006.

We Need more Access to A.P. Classes to Boost College Degrees. (October, 2012). Gregg Fleisher. Hechinger Report. An answer to the problem of poor academic performance is to encourage high school students to take courses of more rigor suggests the author of this article. I agree. This is one approach to solve part of the problem, and a good starting point.  But it will not address the overall decline of high school student performance. Parental involvement is needed, as is an overhaul of the approach to educating young people, but this topic we’ll save for another post.

Rigor is Better. (2011). Mark Schneider. The Online Magazine of the American Enterprise Institute. The National Center for Education Statistics (NCES) conducted a comprehensive study on the transcripts of high school student course loads and student academic performance. The study found that students who took a rigorous curricula outscored students who took a below-standard curriculum by more than 40 scale points in math and science, yet only 13% of students take the “rigorous” curriculum. Hence the problem – and a complex one at that, with many stakeholders involved. However, knowing what works is the first step, getting more students on the ‘what works’ path is the next step.

The Second Gap: College to the Workforce
Skills Gap? Employers and Colleges Point Fingers at Each Other. (September, 2012). Jeff Selingo. The Chronicle of Higher Ed. Employers time and again say that college graduates are not prepared for work for which they were hired, and lack the required skills to be effective on the job (sound familiar?). Employers want newly hired graduates to be adaptable and have strong communication skills. Yet many employers claim that today’s college graduates lack interpersonal and problem solving skills, lack the ability to work in teams and cannot think critically or analytically. Though I am sure this concern has been voiced many times to educators in higher ed, it is quite distressing.

Academic Performance on an International Level
A National Report Card, Nicole, Allen (October, 2012) The Atlantic. An interesting article that provides a visual representation of dollars spent per pupil in each state (and district) and the ‘return’ on funds invested as evidenced by academic performance. But the most interesting data in this report is the ranking by country: student academic performance in writing, science and math at fifteen years of age as reported by the Program for International Student Assessment of 2009. Where does your country score? Click here to view the table.

Inventing a New Kind of College:  No lecture halls, sports teams or library this college seeks to turn post-secondary education upside down. The approach is a novel one – “We removed the front so that we would move away from having one authority who disseminates knowledge,” says vice-chancellor Claudia Neuhauser. The goal is to put the focus “much more on the students,” she says. An innovative approach, though much easier in this case as the campus was built from scratch – in other words the school did not need to use existing infrastructure, which can be a significant barrier to change. Yet this college has definite potential to be a ‘new’ model for colleges of the future,

Partnership for 21st Century Skills: An organization (P21) advocating 21st century skill readiness for students in school districts across the United States. P21 and its members provide tools and resources to help  educators remain relevant by fusing the 3Rs with the 4Cs (Critical thinking and problem solving, Communication, Collaboration, and Creativity and innovation). While many leading districts and schools are already doing this, P21 advocates for local, state and federal policies that support this approach for every school. The P21 website provides examples of state projects and subsequent improvements to student performance.

Global Online Academy: An exciting and innovative approach to K12 education, this academy aims to provide a rigorous education that develops skills students need to be successful in the  21st century [think of what the employers are looking for as mentioned in the Skills Gap article]. Global Online Academy is a nonprofit, global partnership of ‘leading independent schools [currently there are 24 in the group] bringing intellectually rigorous programs and excellent teaching together’.

‘Gamification’ School Opens in LA: A school curriculum built on the concept of games? Yes – this ‘game-based’ school ‘Playmaker’ opened its doors in September with the help of GameDesk. This nonprofit organization develops game-based learning initiatives, and is funded by the Bill and Melinda Gates Foundation. Game Desk focuses on ‘gamification’ of the classroom, where learning is driven and delivered through games and digital simulations. ‘Playmaker’ has enrolled thirty-eight, sixth graders, and will be working in partnership with New Roads independent schools in Northern California. It will be interesting to follow this initiative. 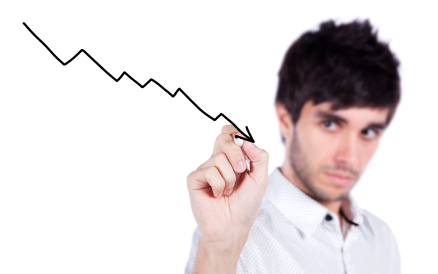 It is college application time and with that comes the dreaded college essay. Rather not write an essay? No problem, if you apply to George Mason, Tufts University, or St. Mary’s College of Maryland you can submit a video essay in place of a written one. Really. 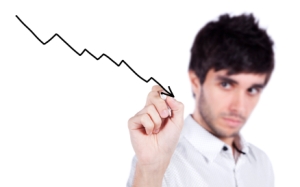 The decline of writing skills in young people is a serious concern. The college essay bypass as mentioned above, is just one indicator of where we might be headed. Yet I believe there is hope for teaching students to be proficient, if not highly competent writers given the number of concerned educators I’ve spoken with and heard from over recent months. Furthermore, there are resources for developing writing and reading skills that our digital culture provides that can supplement instruction. In this post I’ll present the facts on the writing skill gap, as well as interesting data from The Writing Lives of College Students a report from Michigan State University that sheds light on student perceptions of their own day-to-day writing habits.  I’ll conclude with  a list of strategies instructors might consider using to develop the writing skills of their students.

Before I share resources and strategies for writing development, I’d like to put the problem into context. My intent is not to alarm, but I believe it necessary to examine data and facts in order for us to identify just how many students are affected by the ‘skills gap’.

The Skill Gap
A significant number of newly admitted college students, more than one-third, begin college without the required skills in writing, reading and math needed to complete college level work. It has become a national concern, and is beginning to affect public policy decisions.

“The need for remediation is widespread. Thirty-four percent of all students at public colleges and universities enroll in at least one remedial course. The number is higher at community colleges; on average, 43 percent of students require remediation.”  The National Conference of State Legislatures

Academically Adrift
Before I move onto more positive aspects, there is dire news about the number of college graduates that have failed to develop and improve their writing skills even after three or four years of college enrollment. In Academically Adrift: Limited Learning on College Campuses, authors Richard Arum and Josipa Roksa include results from a study that followed 2,300 students at 24 universities. It appears that even after four years of course work, one-third of students surveyed showed minimal improvement in writing and critical thinking skills.

“The study [also] found that there has been a 50 percent decline in the number of hours a student spends studying and preparing for classes from several decades ago.” NPR

The Writing Lives of College Students
This 2010 study conducted by Writing in Digital Environments (WIDE) Research Center at Michigan State University surveys first-year college students of seven college institutions within the United States.  The goal of the research was to identify student behaviours, perceptions and attitudes towards writing. What makes this study unique is the digital forms of writing included in the survey, emails, text messages, instant messaging in addition to academic papers, lecture and reading notes.

Given the relatively small sample size of students (n = 1366), and small population of only seven schools, the study’s statistical significance is questionable, however the charts  included in the paper are worthy off consideration. Below is one that displays the five modes of writing most valued by students in comparison to the frequency of their use. Click the image to expand its view. 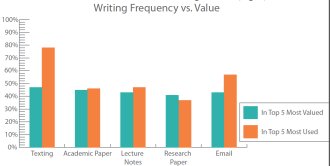 What is surprising is that students view sending text messages as a writing form and consider it to be the most valuable form of writing over all others. Yet, what is heartening is that the academic paper and lectures notes rank in the top three of valued writing forms.

Strategies to Develop Writing Skills
The burden of responsibility for the skills gap as described above, rests with many. There are several programs in place, both at the high school and college level for college preparation skill development, yet the problem persists. Course instructors have a unique opportunity to make a difference with students – can encourage students to seek support and strive for improvement. I realize the strategies listed below may not be applicable in all situations, but one or more may be feasible and just might make a difference in helping a student become an effective communicator.

Peer grading can be an effective activity that develops writing skills from a different perspective. Consider including a peer grading assignment on the draft of the final paper, before submission to the instructor. This assignment can be executed in a number of ways, with a grade component or not. A participation grade could be assigned for the action of giving feedback, or a formal grade that the peer would assign by using a rubric. Groups of three or four are ideal, with each student grading their group members. This could be facilitated through the LMS platform with small groups set up where each group has access to their own discussion board, group file exchange and contact list.