In this ‘Need-to-Know’ blog post series I aim to share noteworthy stories with readers that speak of developments within higher education and K-12 that have potential to influence, challenge and/or transform the traditional model of education.

This week there were two interesting developments in the education news —I’ve briefly summarized each, highlighted key need-to-know points, and included links that will take readers to sites that will provide multiple perspectives on the issues. The announcements are significant enough that at some level educators will likely encounter the topics in discussions, meetings or learning communities.

1) “A Bill of Rights and Principles for Learning in the Digital Age”
This ‘Bill’ released this week, was not put forth by an organization or institution as one might think, but by a group of twelve: educators, technologists and journalists including Sebastian Thrun, founder of Udacity. The document has garnered much attention this week in higher education newsletters and blogs, though not without considerable criticism. Granted, the intent is noble “to inspire an open, learner-centered dialogue around the rights, responsibilities, and possibilities for education in the globally-connected world of the present and beyond”,  but the result is quite irksome for numerous reasons.  I will not cover all the irritants in great detail here, though one is the title, Bill of Rights which suggests an enforceable, legally binding document, which clearly it is not. Why not use the term manifesto as higher education journalist, and one of the twelve Audrey Watters suggested?

The ‘Bill of Rights and Principles’ is a need-to-know for readers more because of the depth of coverage its received rather than for its usefulness. However, I do recommend that educators involved in online education read it, as we may be hearing more about it in the future. I say ‘may’ because it’s not quite clear how the Bill of Rights will be used, or who or which institution will use it.  It appears to be written for students, [yet not one ‘student’ was involved in its development]. Thrun initiated the development of the bill, apparently as he felt that students taking online courses (specifically MOOCs) need protection [from whom I am not quite sure], though it appears that it is the for-profit purveyors of online education that are posing the threat (interesting fact, Udacity, Thrun’s company is for-profit). This point is addressed in the ‘The right to financial transparency section‘ of the bill.

One or more individuals of the group of twelve had the idea to put the document on a Google doc for anyone to review, modify, add or delete part of the document. It is quite interesting to read the comments of the contributors. Though from what I could see when reviewing it several times there appear to be few ‘students’ engaging, it is mostly one or more of the creators and several educators. [I appreciate that the title as of 17:00 PST, January 24,  was changed to ‘Rights and Principles for Online Networked Learning’]

Previous Documents outlining Online Learners Rights
There have been similar documents developed that address what the group of twelve created, yet it appears neither of these individuals were consulted or involved in the development of the most recent charter. Stephen Downes, Canadian scholar and researcher [co-founder of the original MOOC] created a ‘Cyberspace Charter of Rights‘ in 1999, which speaks to many of the issues referred to in the recent document. I wonder why Dr. Downes was not included in this discussion?

As recently as last year Quality Matters published QM Bill of Rights for Online Learners, which was developed using research conducted by the Penn State World Campus that included more than thirty institutions nationwide and 3,000 students.

2) MOOC2Degree provides Incentive to Students
Every week there appears to be an announcement about MOOCs, yet here is one that stands out, MOOC2Degree. The announcement by Academic Partnerships  is BIG news. From the press release:

Through this new initiative, the initial course in select online degree programs will be converted into a MOOC. Each MOOC will be the same course with the same academic content, taught by the same instructors, as currently offered degree programs at participating universities. Students who successfully complete a MOOC2Degree course earn academic credits toward a degree, based upon criteria established by participating universities.

Public universities are attempting to embrace the MOOC movement by offering a MOOC course for free, AND granting academic credit to those students that complete the course successfully (details to be determined), if students continue their studies within that school’s degree program. The program is promoted as ‘the first step towards your degree’. There are still details to be worked out, and some exceptions apply, but that is the basic concept. This is a tremendous undertaking as courses will need be developed and customized for the online environment which requires numerous resources, and a high-level of collaboration with faculty and respective departments.

What this means to educators is that because the traditional path to a degree for students is changing, the instructional design and teaching model will need to adapt and transform accordingly. Some Instructors will be affected in the short-term, those that teach general education courses for example, specifically faculty that teach at public institutions. But there will be a ripple effect throughout institutions that begin to adopt this model; administrators, support staff, curriculum decision makers, IT departments etc. will all be affected by this shift.

This development is significant, as we are starting to see how MOOCs will affect the middle-tier schools, the significant number of institutions that serve a large population of students of all ages.

Closing
We will no doubt be hearing more about these developments and stories over the next few weeks – stay tuned!

This was an extraordinary year in the education sector providing bloggers and journalists  with much content to write about: ed-tech start-ups, big data, open courses attracting thousands of students and even some institutional drama  in the mix. Several bloggers I follow have done an excellent job in summarizing the years’ events; my review is on a lighter note, a digest if you will on the three most significant topics [in my opinion] of 2012. Each event includes a synopsis of the topic with links to blog posts and articles summarizing and exploring what-the-heck happened in 2012.

1) The xMOOC movement caused a certain level of mania, hysteria and irrational decision-making by numerous educators and their institutions in 2012. It also sparked controversy, discussion, change—just what is needed to address the challenges facing education. Audrey Watters of Hack Education wrote a stellar summary, The Year of the MOOC, chronicling developments over the entire year. From another perspective, Tony Bates wrote a thoughtful piece, ‘Why MOOCs?’ in his year-end post Online learning in 2012: a retrospective.

With the influx of several universities partnering to create massive platforms for MOOCs, [MITx, Coursera and Udemy], co-founder of the original MOOCs, Stephen Downes [with George Siemens] clarified the terminology for MOOCs [which educators are surely grateful] before things started to get really difficult to follow, “I am now referring to the MOOCs offered by Coursera, Udemy and MITx (among others) as xMOOCs, to be compared with cMOOCs, which is what we offer in our connectivist classes.” (Downes, 2012). 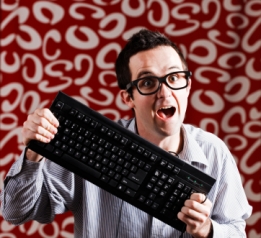 2)  Ed tech Start-ups were HOT this year, and fueled by the significant sums of money investors were willing to part with. A few attracted millions of dollars including Udacity, Coursera and Knewton, of which collectively have taken in well over fifty million dollars to date.There are numerous other smaller start-up companies wanting to take advantage of the current quest within the education sector for improved access and quality, and to lower costs.  Edudemic wrote a good review, 25 Start-ups Worth Knowing. The best article I read this year about an ed-tech start-up, was Simplicity and Order for All, about Jack Dorsey founder of Twitter and a new platform ‘Square’. Dorsey is quirky, artistic and brilliant. The article sheds light on the motivation behind an idea—what sparks and drives the innovation in the first place.

EdSurge, a newsletter about ed tech start-ups published a list of the Top Educational Tools of Q2, 2012 based upon web traffic from readers.  Another helpful resource, from Jane Hart founder of Centre for Learning and Performance Technologies (C4LPT), is the Top 100 Tools for Learning, which Jane has published for the past four years. Click here the 2012 edition; it’s a worthwhile read as Jane includes a slide share presentation that describes each tool. 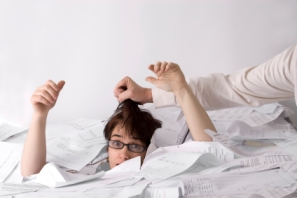 3) Big [Educational] Data, data, data everywhere also sparked much discussion and a quest to find new and novel ways to use the tremendous amount of data that educational institutions are keepers of. Though as more discussions and reports are generated, policies and decisions made, questions began to surface that included, ‘how can we use the data effectively’? And ‘what are the ethics behind big data in the collection and reporting of’?

I wrote several posts within the last few months about learning analytics, a branch of big data, including this one about instructors and students, How instructors can improve student engagement with learning analytics. George Siemens is a leading scholar in this area, has conducted several key notes, written several papers, and in October of 2012 posted content from the Second International Conference on Learning Analytics and Knowledge that he was involved with.

Looking Forward to 2013
The year of 2012 was tumultuous but exciting at the same time. Though I’ve covered only a fraction of the year in this post, the links to the blogs provided will direct you to more comprehensive coverage.

What will 2013 bring?  What are your predictions for next year? I have a few of my own which I’ll share in early January. Thank you to you, my reader, for taking the time to read this blog and, to those of you that have shared your own insights with comments. I wish you Happy Holidays and restful season.  I look forward learning from you, and with you in 2013.
Debbie