This ‘Need-to-Know’ blog post series features noteworthy stories that speak of need-to-know developments within higher education and K-12 that have the potential to influence, challenge and/or transform traditional education as we know it. 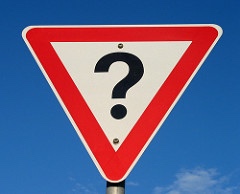 1. Is This EdX MOOC Propaganda?
An interesting development going on in the MOOC sector—whether a MOOC serves as propaganda. The MOOC in question is ‘Introduction to Mao Zedong Thought’ which some view as propaganda for the Chinese government.  Some MOOC students claim the course, delivered by professor Feng from Tsinghua University’s School of Marxism, is one-sided and glosses over events during Mao’s tenure. Significant events such as the Cultural Revolution Mao Zedong initiated. Even scholars are claiming it’s propaganda sponsored by the Chinese Government, as a professor of history from the United States Naval Academy does. He says this:

“It’s propaganda” This course is “part of a larger campaign to export a way of Chinese governance ….China wants to be part of the world, but it doesn’t want to be part of a world where Western democracy and capitalism dominate” (Logue).

An alternative perspective comes from a medical student in Tianjin who is quoted as saying, “Sure, it may be a bit like propaganda, but it’s something that’s being taught in every school in China…More Chinese universities should offer these kinds of courses because it gives the world a window into China.” (Hernandez). EdX when questioned about the course claims not to interfere with content, as long as course content is not unlawful or offensive it will allow the content on its platform.

Insight:  When reading the course description of ‘Introduction to Mao Zedong Thought’, it’s described as giving “learners around the world a rare peek into a course that millions of university students in China are required to take each year”.  This statement is telling in itself; it states how history is presented to students in China, quite a different perspective from what is presented in the West. The MOOC provides an opportunity to view Mao Zedong rule through the lens of a Chinese student, and with the knowledge of other perspectives students will gain a deeper understanding into the political process and power structure within the country.  Though the MOOC doesn’t provide other perspectives (based on student feedback), I’ve taken MOOCs that have also presented a one-sided perspective of an issue. One comes to mind—an edX course I took last year, Saving Schools: History, Politics, and Policy in U.S. Education, which presented a single perspective on public education and the reform needed. Content was drawn primarily from one source, an  organization Education Next.  Content primarily consisted of opinion essays from the Education Next publication, an expert featured in the lecture videos who also happened to be the Editor-In-Chief of Education Next, as well as a text-book chapters from a book authored by this same Editor-In-Chief of Education Next.

Stephen Downes quoted in Inside Higher Ed says it the best “There’s no such thing as a neutral course,” he said. And now, “courses that might have been offered behind closed doors are offered for everyone to see.”  He’s right.

2. Next Trend coming to Higher Ed Institutions ‘Personalizing Learning’
There’s been much written about personalized learning in education sector—it’s the latest trend in education and it’s making its way into higher education. The idea behind personalized education is customizing learning experiences by using academic data analytics, and moving from a one-size-fits-all approach to education to adapting learning experiences, curriculum or instructional approaches to individual students. Personalized learning appears most prevalent in K-12 and online education, but now universities have funding opportunities to expand initiatives into personalizing learning using adaptive courseware. This week the Association of Public & Land-Grant Universities (APLU) announced a grant available for six universities designed to help institutions ‘scale their adaptive courseware effectively’ —to improve education and help students learn (Wexler). In a nutshell adaptive courseware, is software that uses algorithms based on data generated by students to scaffold instruction.

Adaptive courseware can be used in distance education, but the university association is focused on blended learning. Faculty members will learn to use new online tools but will continue working with students in a traditional classroom setting. The group wants universities to focus their efforts in lower-level, high-enrollment courses, or in courses with high failure and withdrawal rates.

Insight: It appears ALPU’s focus is getting universities to implement adaptive courseware, and not on personalizing learning. There also seems a great emphasis on haste evidenced by the language used by ALPU—for instance in the two-page Grant Overview paper titled “Accelerating Adopting of Adaptive Courseware at Public Universties“, and in the second paragraph, “to speed post-secondary educators toward effective use of high-quality adaptive courseware“.  The last statement does not lend itself to the process of a conducting a thorough needs-analysis or approaching personalized learning thoughtfully and strategically. Also of note, one of ALPU’s partners in the Personalized Learning Consortium is Acrobatiq, a provider of courseware solutions.

4 thoughts on “Need-to-Know-News: An EdX MOOC as Propaganda? and Grant to ‘Accelerate’ Adoption of Personalized Learning in Higher Ed”