In this ‘Need-to-Know’ blog post series I share noteworthy stories that speak of need-to-know developments within higher education and K-12 that have the potential to influence, challenge and/or transform the traditional model of education. 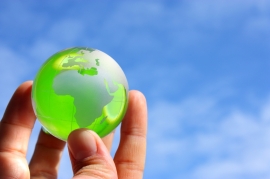 This week MOOCs go global with the launch of OpenupEd the newest MOOC platform supported by the European Commission, and at the same time several discussions on the blogosphere about the cultural implications of American MOOCs.  Minerva, the yet-to-be launched elite online school announced a hefty prize for an ‘extraordinary professor’ akin to the Nobel Prize according to Minerva’s founder, and two slick new tools for creating online transcripts and portfolios.

The Globalization of MOOCs
The MOOC platform OpenupEd that launched this week has a different approach than its counterparts in the United States. One distinction between OpenedEd and US MOOC platforms is the course delivery method. Rather than a common platform for courses, as Coursera and edX provide for example, each institution uses its own learning management platform. OpenedEd acts like a portal, or gateway to course providers own sites.  The selection of courses is impressive [40 courses currently], and can reach a broader audience given the range of languages available, of which there are twelve represented.

With the different platforms for each course, I see some potential barriers to learning based on my brief review. I found several courses available in English that piqued my interest. Yet one, Brain, Lifestyle and Learning appears to be a version of a previously run course with recorded lectures. It ended on April 13, 2013, and has a fee of 100€ associated with it.  Another, Psychotechnology and learning processes, sounds excellent, though I couldn’t register for it 😦 , but there was an email address provided for those seeking information. Disappointing. This doesn’t seem to fit the open criteria.

Likely it will take some time for each university to work out the details, and streamline the open process. Overall, this initiative is a positive development – opening up education to thousands of individuals with courses that cater to regional differences by language and topic.

Cultural Implications of Global MOOCs
MOOCs with their global audiences highlight cultural differences – and not just language but value systems.  An article published this week The World is Not Flat (Rivard) discusses the challenges of implementing American MOOCs in other cultures. American educational values are not universal, and certain course content and methods may not be well received by some students of other cultures. Quite telling was a comment quoted in the article from Stephen Carson, spokesperson for the MIT Open Courseware Project:

Apparently the idea for MIT’s Open Courseware was not to create content applicable to a universal audience but to share with others for adaptation purposes. Perhaps this is why many MOOCs attract participants with advanced degrees from other countries—those with an interest in examining education principles and curriculum from American universities.

$500,000 Prize from the [New] Minerva Academy
“Effectively it is a Nobel Prize for teaching,” said Ben Nelson, founder and chief executive of the Minerva Project, a for-profit online school yet to open its doors [launch date is 2015]. The prize is open to faculty from any institution with a track record that “stimulates innovation in higher education” [Anderson, 2013].

The winner will be chosen by a newly created non-for-profit Minerva Academy, led by Stanford professor and Nobel winner Roger D. Kornberg.  The Academy is now accepting nominations. There are three broad areas upon which a nominee’s work is considered and evaluated—Innovation, Impact and Inspiration, as well as a list of five criteria—all seem reasonable except for point #2:

“Nominees must have a substantial number of highly cited publications that demonstrate the impact the innovation has had on teaching.” Minerva Project

In my opinion this criteria contradicts the idea of innovation in education—the requirement that faculty applicants have numerous publications in peer-reviewed journals and rankings as per the impact factor, is grounded in the traditional model of higher education, exactly what innovation in education is trying to transform.

Have a great week!